The 23,756-TEU MSC Gulsun, the world’s largest container ship, transited the Suez Canal for the first time on August 9.

The Panama-flagged ship transited the Canal with the northbound convoy, heading to North Western Europe from the Port of Xingang.

The MSC Gulsun is the first of 11 sister vessels the shipping line has under construction at Samsung Heavy Industries and DSME in South Korea. The vessels are set for operations between the Far East and North-Western Europe via the Suez Canal as part of the AE 10/SILK service in collaboration with Maersk Line. 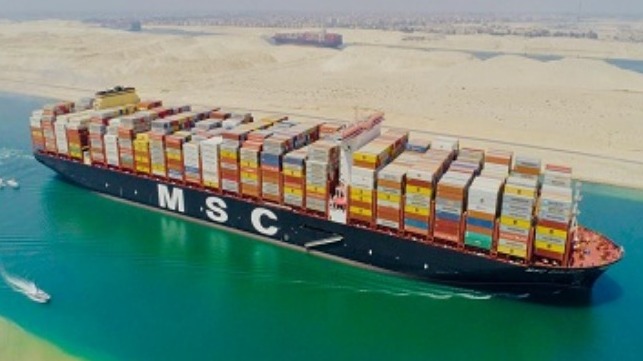 The New Suez Canal is the result of the most recent expansion project of the waterway to accommodate larger vessels, and it was inaugurated four years ago on August 6, 2015.

August 2 saw the transit of 81 ships (6.1 million tons), the highest number of transiting vessels in one day to date. The financial year of 2018/2019 recorded the highest annual revenue for the canal, an increase of 5.4 percent, equivalent to $300 million compared to the previous financial year.