Trump Aims to Open Nearly All US Offshore to Oil Drilling 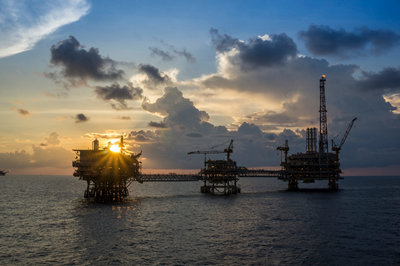 The Trump administration on Thursday proposed opening nearly all U.S. offshore waters to oil and gas drilling, a move aimed at boosting domestic energy production that sparked protests from coastal states, environmentalists and the tourism industry.

The effort to open previously off-limits acreage in the Atlantic, Arctic and Pacific oceans comes less than eight years after BP Plc’s Deepwater Horizon oil spill in the Gulf of Mexico – the largest in American history. The disaster caused billions of dollars in economic damage and led former President Barack Obama’s to increase regulation of the industry.

Interior Secretary Ryan Zinke said on Thursday the department’s draft National Outer Continental Shelf Oil and Gas Leasing Program for 2019 to 2024 would make over 90 percent of the outer continental shelf’s total acreage available for leasing to drillers, a national record.

That would reverse the Obama administration order placing 94 percent of the Outer Continental Shelf off limits to drillers. Obama’s 2017-2022 plan would be replaced by the new program when it is finalized.

“We want to grow our nation’s offshore energy industry, instead of slowly surrendering it to foreign shores,” Zinke said in prepared remarks.

He said 25 of 26 planning areas on the Outer Continental Shelf will be considered for leasing, covering all U.S. coastlines. Proposed sales include 19 off the coast of Alaska, seven in the Pacific, 12 in the Gulf of Mexico and nine in the Atlantic Region. The last offshore lease sales for the East and West coasts were in the 1980s.

Alaska’s North Aleutian Basin/Bristol Bay will be exempted after drilling was barred there by a previous executive order.

Zinke said the proposal was just the start of a dialogue with local stakeholders and the plan was not final. The draft will be subject to a 60-day comment period.

The proposal marks a huge shift from previous policy.

Trump in April ordered the Interior Department to overhaul the leasing schedule to promote increased drilling. At the time, low oil prices and soaring onshore production were curtailing demand for offshore leases, raising questions about the benefits of the move. Oil prices have since risen to around three-year highs.

But lawmakers from both parties, environmental groups, governors and local business leaders said they were opposed to any effort to open coastlines to drilling rigs, citing environmental risks and threats to lucrative tourism industries.

Florida Republican Governor Rick Scott said he is aggressively fighting to plan. “I have already asked to immediately meet with Secretary Zinke to discuss the concerns I have with this plan and the crucial need to remove Florida from consideration,” he said.

Coastal tourism business groups were girding for a long fight against the proposal, which comes as the Gulf Coast recovers from the Deepwater spill. The plan would open the California coast where drilling opposition has been fierce since a major oil spill in the 1960s soiled popular beaches.

Frank Knapp, founder of the South Carolina Small Business Chamber of Commerce, accused the federal agency of favoring the oil and gas sector over the tourism sector.

“What part of the business sector are they listening to? It’s certainly not small or coastal businesses,” Knapp said.

The Defense Department has also raised concerns about opening drilling that had been banned off the eastern Gulf of Mexico, where military exercises are held.