Structural changes in the shipbreaking industry in the Southeast Asia region are about to provide additional support to the demolition market. In its latest weekly report, the shipbroker Clarkson Platou Hellas said that “the budget announcement from India this week brought some positive news towards the shipping industry with the Government seemingly attempting to prioritize shipping as a major benefactor of funding as they position themselves to increase their share in the world of shipping seeking more vessels flying the Indian flag, more jobs for national seafarers and more green recycling at Alang. With around 90 ship recycling yards now having already achieved HKC (Hong Kong Convention) compliant certification, the Government has afforded efforts on ensuring all yards will be HKC compliant within this year. This is to ensure more better quality and well-maintained units from the Japanese and European fleet find their way to the recycling yards in Alang. Customs duty was reduced in the budget for the importation of some steel finished products and copper but it would appear from the early signs that there has been no real benefit towards the ship recycling industry (i.e. no change). Concerning the current market sentiment, it is very difficult to describe what the vibes are and where we are heading to. Uncertainty is definitely the talk from the recycling yards on the back of reports that the Chinese could once again export cheap steel to the Indian sub-continent and therefore, reports indicate that the recyclers have little interest in bidding for tonnage at this current time, despite a lack of candidates clearly being seen. It does feel like the global lockdown has centred itself upon the ship recycling community with no end in sight. We do really need to see a steady supply of units to decipher the current conditions. With the tanker market weakening, maybe some tanker units will head towards this industry and dangle a carrot in front of a recyclers nose!”, the shipbroker concluded.

In a separate report this week, Allied Shipbroking added that “the ship recycling market seems to have firmed in terms of activity this past week, as a considerable number of transactions came to light and despite the softening trends being noted in terms of offered prices. Given though the current positive momentum in the dry bulk and containership freight markets, we are likely to see a slight curb in this trend in the coming weeks. The retreat in offered prices noted this past week in Bangladesh took off some of the interest that had mounted in previous weeks. However, as demand from Chinese mills is expected to rise once again after its Lunar New Year celebrations have passed, we are likely to see a slight rebound in activity take shape during the later half of February.

In India, the news regarding the budget announcement dominated local sentiment, as it highlights the shipping sector and it states governmental plans for enlargement of its total scrapping capacity. However, despite the positive news, the lack of demolition candidates and the fall in offered prices kept things at mild levels for yet another week. The same uninspiring scene was witnessed this past week in Pakistan, where local scrapyards saw competition widen against the rest of the Indian Sub-Continent. Prices here also cooled off last week, trimming interest for the time being”, the shipbroker said. 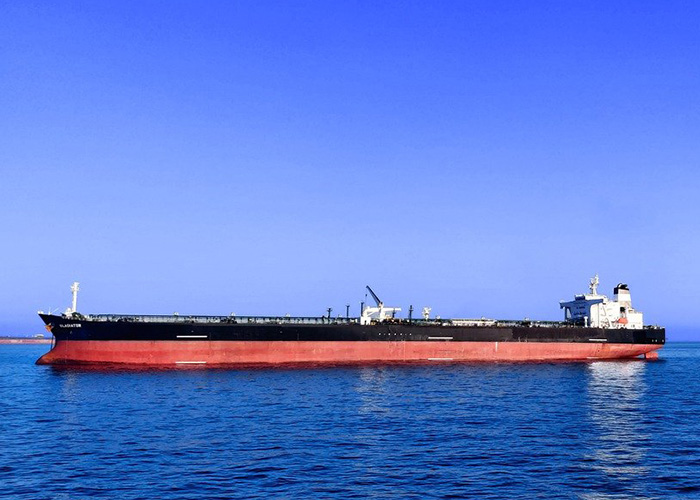 In a separate report this week, GMS , the world’s leading cash buyer of ships, said that “this week, the big news from the subcontinent markets concerns the announcement of the indian budget, which proposes doubling the capacity in alang for taking in ships for recycling. In the budget, it has been expressly stated that the Indian government would make greater efforts to entice ships from Europe and Japan to Alang and that the recycling capacity of 4.5 million LDT would be doubled by 2024. How this will be achieved and what kind of stimulus packages will be put in place for the industry, remains to be seen. However, this is an important first step for P.M. Modi’s government to finally recognize the importance of the domestic ship recycling sector for the country. We certainly hope that this will have a knock-on effect across the Indian sub-continent ship recycling markets. Currently, there are 90 HKC approved yards in India & one in Chittagong and it is hoped that if governments in Bangladesh and Pakistan take the announcement we have seen during the Indian budget this week just as seriously, then greater efforts can hopefully be anticipated to similarly upgrade facilities across the sub-continent at large.

In terms of pricing, the markets remain in the doldrums, although they have at least stopped tumbling. A steep decline had been witnessed from the middle of January, with almost USD 100/LDT being knocked off prices. However, there is hope that the worst of the falls are over and the only way from here is up. Wrapping up the week in the recycling industry is the Turkish market, whose unrelenting free-fall over the last several weeks have been without remorse and this week is no different, with both steel fundamentals (scrap and imports) reporting further declines this week and on to reversing a healthy majority of its recent gains”, GMS concluded.