Location Call us
Home | News | Ship Recycling: “Steady as She Goes” During the Final Quarter of 2021

Ship Recycling: “Steady as She Goes” During the Final Quarter of 2021

With tonnage supply in the ship recycling market not particularly impressive, shipbroker Clarkson Platou Hellas said that “all the talk this week centred around the reports from China amid the potential collapse of the property empire Evergrande which sent the industry into overdrive with uncertain sentiments for the steel markets”.

“However, as the week progressed, it was evident that some settlement looks set to occur to avoid any major collapse and subsequently, for the time being anyway, markets appear to have recovered previous losses. Unfortunately, steel markets in the Indian sub. Continent have shown a negative stance recently which seems to be hitting confidence from the actual recyclers at the waterfront. There has been a further drop in price levels but as the lack of tonnage availability continues, it is anticipated that the run in through the last quarter of 2021 will see a steady and stable market. As yards empty, demand should once again increase enabling price levels to possibly improve again. Moving west, the Turkish market also looks set to suffer a correction as the Turkish Lira this week weakened considerably and therefore price levels may now head back towards the USD 300/ldt number”, Clarkson Platou Hellas concluded.

Allied Shipbrokin added in its own weekly report that “another interesting week for the ship recycling market took place, given the “good” number of vessels being concluded for demo. Moreover to this, overall activity nourished once again almost exclusively from the tanker sector. It is evident, that strong offered scrap price levels, coupled by poor freight earnings, continued supporting this trend. Given the recent transactions, Bangladesh took the biggest slice of the pie for yet another week, succeeding to collect most of the available candidates circulating the market, with the 2 main competitors following behind.

All-in-all, thinking about the contrasting signs in core dynamics in the demolition market, it seems rather blurred right now as to whether we are about to transit over to a more stable trajectory. Strong scrap prices suggest that interest exists and tonnage will be eventually pushed towards this directions. On the other hand, the strong freight rallies in shipping sectors which are major tonnage providers such as containerships and dry bulkers, leave the overall ship recycling market prone to periodical asymmetries, especially from the side of candidate supply”, Allied concluded. 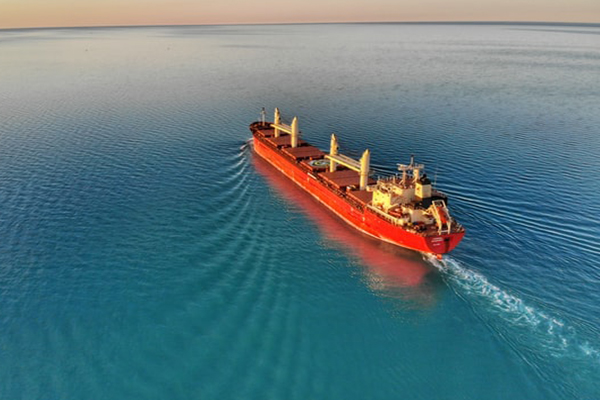 Meanwhile, in a separate weekly report, GMS , the world’s leading cash buyer of ships said that “as the sub-continent markets continue their dreary trudge towards the onset of Q4, the industry seems to have entered a confused and shaky state, as all sub-continent market sentiments seem to be headed in the same direction i.e. downwards. While all sub-continent locations have registered varying rates of reduction, Bangladesh seems to have taken it the worst, with sentiments there truly putting the brakes on some of the higher priced units on offer. On the other side and despite weakening levels of their own, both India and Pakistan seem to be comparatively more eager to conclude units and Pakistan has even managed to steal a unit away from Bangladesh that was coming in from the Far East this week. A true first in recent memory.

Lastly, the Turkish market seems the most well placed of all major international recycling locations, with continued stability in plate and vessel prices leading to a far more stable market, as offerings from Turkey remain steady for yet another week. Overall, China’s unexpected decision to curtail the sale of Chinese billets to the sub-continent markets has certainly let local steel plate prices to climb to levels not seen for over a decade now, as recycling prices finally start to experience their share of volatility. Demand also remains stable but not overwhelming – largely from the tanker and offshore sectors, such is the bullish state of dry and container markets this year. In other sales news, of the 4 sanctioned VLCCs there were recently concluded for recycling, 2 of which have reportedly been fixed into Bangladesh and Pakistan respectively. If true, it remains interesting to see just how these financial transactions will be eventually concluded via the banks or will these deals fail?”, GMS concluded.