Location Call us
Home | News | Ship Recycling: Are High Prices Off the Table?

Ship Recycling: Are High Prices Off the Table? 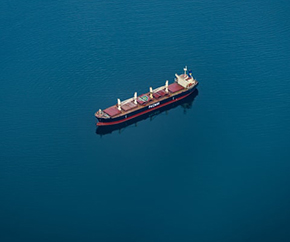 The latest developments in the ship recycling market suggest that the period of high offers presented by yards to ship owners are a thing of the past. In its latest weekly report, shipbroker Clarkson Platou Hellas said that “the current market sentiment can be characterised by some turbulent emotions with some caution slowly creeping in. As the budgets in Bangladesh and Pakistan, due to be announced early June, edge closer, some concern is now evident in the buyer’s minds with only one or two cash buyers happy to present offers to the bidding table. Every segment in the commodity trades are booming, so there is no reasoning behind the recent reduction in the domestic steel markets, but maybe the general view is that perhaps a raise in taxes in these areas may be imposed in the budgets as Governments attempt to recoup some of the financial losses experienced during the pandemic lockdowns. Indeed, it would appear some Owners have misjudged the sentiment by now witnessing a downwards correction, having not accepted the previous levels on offer for their available tonnage, but as evidenced below, some Owners are accepting current market levels, particularly in the tanker sector.

The sales reported below clearly show the weakened charter rates currently being experienced in the larger tanker sector. The second Covid-19 wave seems to have peaked in India and the hope is that the virus is now under control, to an extent. Oxygen bottles are now being delivered to the recycling yards once again aiding a return to the local dismantling process and movement of material from the recycling yards”.

In a separate report, Allied Shipbroking said that “for yet another week activity was mainly driven from tanker tonnage, while the approaching monsoon period is expected to slowly minimize activity overall in the Indian Sub-Continent. In Bangladesh, a fresh demand wave resumed from local breakers and vintage unit owners showing their preference their clear preference there, due to the attractive offered prices and slot availability.

However, it is worth mentioning that the latest activity seems to be mainly focused on smaller size units. At the same time, India remains under special circumstances held back by the pandemic surge that has been noted there. Lack of oxygen, which has been diverted to local hospitals, coupled by the lockdown measures in place, have had as a result most domestic scrapyards operating at a minimum. This is also evident by the still lagging offered price levels being quoted, despite the boyant local steel price levels being seen. In Pakistan, local scrapyards have made a strong attempt to regain lost market share as of late with competitive offers being seen. Local steel prices are still robust, while availability of slots is abundant”, Allied noted.

Meanwhile, GMS (www.gmsinc.net), the world’s leading cash buyer of ships, said in its latest weekly report that “there is some emerging hesitation in the sub-continent markets this week, as the traditionally slower / quieter monsoon and summer months approach and the steady firming of steel prices seen over the past month or so, start to slow. What comes up must eventually come down, and whilst future prices remain well poised (at least for the time-being), it seems as though the recent rally on prices may have reached its peak and some corrections on levels may be due on prices further down the line.

Vessels continue to arrive and beach in the particularly busy Bangladeshi market and some of the demand is seemingly starting to wane in Chattogram. Yet, the close-on-the-heels Pakistani market also seems to have caught a case of the nerves and are reluctant to compete as aggressively on any market tonnage on offer this week. India has likewise had to endure a cooling of steel prices, with over Rs. 1,000 lost over the course of the week, as the chaos wrought by Covid-19 shows few signs of dissipating just yet. As oxygen supplies are being diverted for life-saving purposes, activity at Alang yards remains dismal to non-existent. Finally, the Turkish market spent a week of status quo when compared to last week. With reportedly, no change in import / steel prices and the Lira reporting a marginal depreciation this week. Overall, as June approaches and prices remain firm, there are a few signs emerging that this bullish market may start to run out of steam in the coming months”, GMS concluded.