The boosting of financial incentives by scrapyards over the past few weeks seems to have worked, as more and more tonnage becomes available for scrapping. In its latest weekly report, shipbroker Clarkson Platou Hellas that “after having seen some barren weeks in the recycling field, due to the improving freight markets and steadily rising second-hand values, there was finally something to get excited about with some large and interesting units circulated for sale. These vessels were met with an increasingly set of starved cash / end buyers, who seemed to burst into life as the magic 500/ldt price was smashed, to the delight of the Owner. This also meant we saw the first VLCC sold so far this year which is encouraging for future sentiment. Perhaps the interest for alternative trades for older VLCC units has slowed! However, willing Sellers will have to be quick to benefit from these impressive numbers as the religious month of Ramadan is slowly approaching which is strongly observed in the Indian sub-continent and will affect sentiment in the industry and deliveries at the end of April – early May as many industry stake holders start to slow down their operations. There were nervous eyes towards Turkey at the beginning of the week as President Erdogan unexpectedly chose to displace the country’s central banking Governor which rippled through the money markets and caused the Lira to lose up to 15% against the US Dollar. There has been some small recovery this week but the full extent, on local prices and inquiry is not yet known – this will certainly be a market that will need be closely watched over the coming days”, the shipbroker concluded. 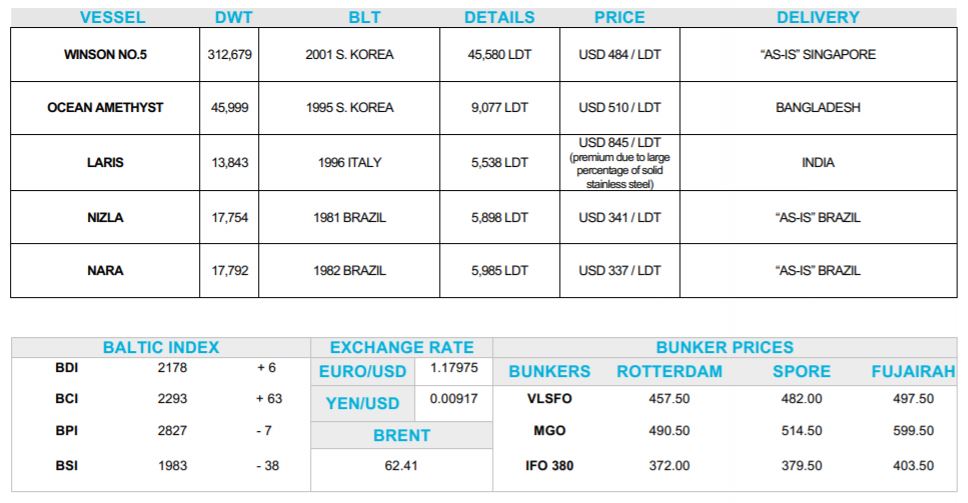 In a separate note, Allied Shipbroking said that “the alarming increase of COVID-19 cases in the Indian SubContinent has led local governments to proceed to fresh lockdown measures, which have caused further disruptions to the ship recycling market. Meanwhile, the current freight earnings in key sectors such as that of the dry bulk and containers, have also curbed scrapping activity as of late. In Bangladesh, we witnessed the demolition of two tankers being reported this past week. 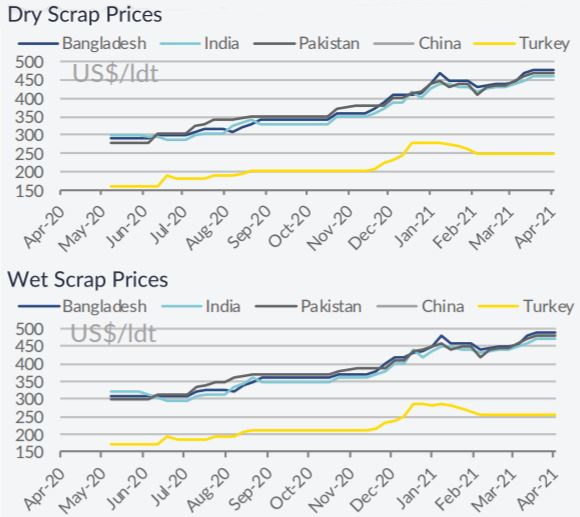 However, the new measures being taken regarding the pandemic is expected to halt the rising momentum of activity noted in the past couple of weeks, while prices are likely also to lose some ground. In India, further lockdown measures were also announced this week, in an attempt to trim the spread of COVID-19. Thus, we will see a slow-down in demand as well here, with the question being what will happen after the end of the announced measures. Despite this, we were still able to see some activity emerge this past week on the back of improved steel prices. In Pakistan, there was no fresh business reported this past week. Meanwhile, the government here has not yet announced any additional restrictions to tackle the pandemic, but it is likely to do so soon. In contrast to the overall bearish sentiment, prices being quoted across local scrapyards have held firm”, said Allied. 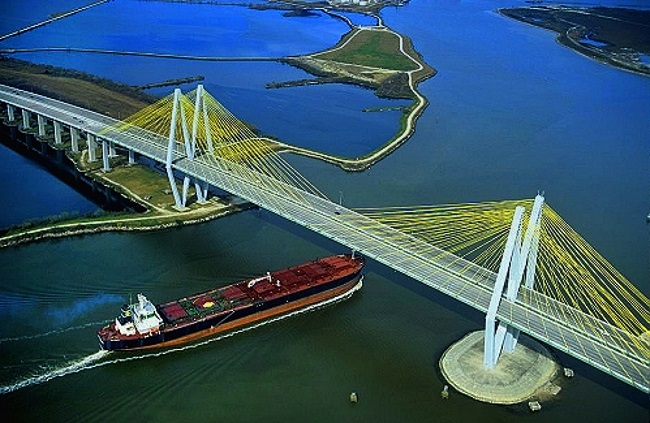 Meanwhile, in a separate note, GMS , the world’s leading cash buyer of ships said that “rising Covid-19 cases across the sub-continent have led to further lockdowns in a number of countries, especially as certain areas (as seen recently with much of Europe) suffer from, what now seems to be a third wave of the virus, despite the increasingly positive impacts being reported from the rollout of the various vaccines globally, in addition to the lockdowns. Even the Turkish market is reporting an exaggerated number of infections and fatalities of late, with the Turkish government considering drastic actions to curb the rising spread. As a result, short sharp 7-day lockdowns are reportedly coming into effect in Bangladesh and India from Monday (with Pakistan expected to follow suit) in addition to extended lockdowns in Turkey, in an effort to try and curb the continuingly and seemingly exponential spread of the virus and its emerging variants, while the various vaccine rollouts continues globally at pace. Insubstantial ICU space (as seen across Brazil of late) is part of the reason for these measures, as authorities try desperately to prevent further infections and fatalities, as a majority of the populous are increasingly required to stay at home during this period (except for emergency cases).

Notwithstanding, vessel deliveries and beachings will have to be managed on a far more selective and case by case basis, rather than using the “business as normal” approach seen for most of this year. Ship recycling activities will not be ceasing completely, but certainly yards are reportedly shutting down for the next 7 days, as labourers stay home and only the very essential of ship deliveries will be permitted to take place under certain conditions.
As such, as we enter a new phase of the pandemic in the global recycling markets, Ship Owners (both on an ‘as is’ basis to mobilize crews from countries like India) and for their delivered units, should be expecting a slower pace to activities and increased restrictions in the immediate future”, GMS concluded.