Pandemic Has an Unexpected “Silver Lining” for Ship Owners Financing-Wise

Ship owners appear to have benefited from lower interest rates, when it comes to financing new deals. In its latest weekly report, shipbroker Intermodal said that “since the Covid-19 outbreak, governments and central banks around the globe have been using their ammunition and stimulus packages to keep their economies running. Trillions have been injected into global economies to fight unemployment and minimize recession. Apart from the central banks of EU, Japan, Switzerland, Sweden and Denmark, who have been offering negative rates for the past five years – a handful of central banks have now reduced their policy rates to near-zero values. Regardless of how successful or not the above mentioned five banks’ “experiment’’ has been, negative rates have undoubtedly made hedging strategies more complicated”. 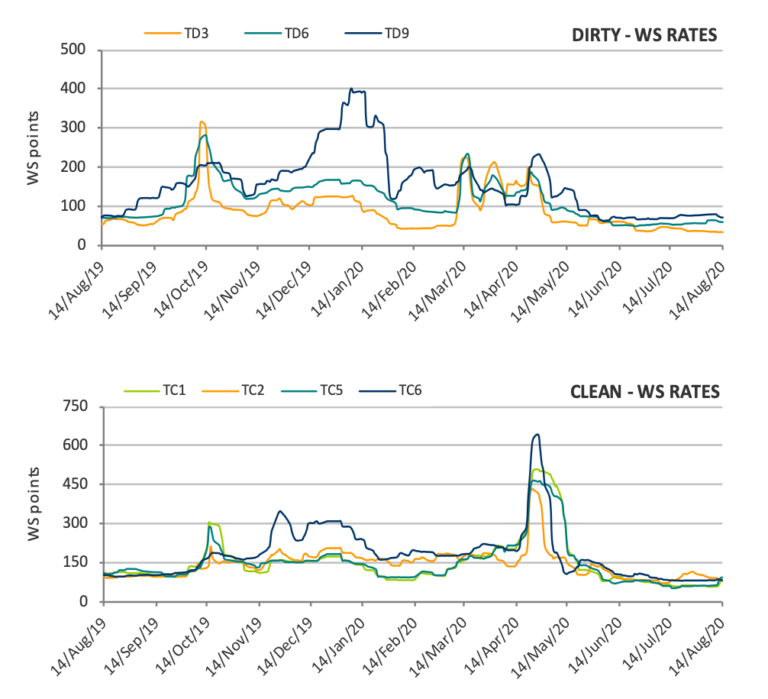 Intermodal’s Deputy CEO, Mr. George Laios said that “when it comes to the US Dollar, the Fed Chair has made it clear that negative rates are not part of its policy tools for the time being and that it is highly unlikely that rates will be pushed below zero. However, the US President has openly expressed that he views such a tool favourably. Although market experts do not expect negative Libor rates in the imminent future, no one can rule out the possibility of this happening”.

According to Mr. Laios, “these developments have had numerous effects on shipping companies who typically borrow using USD-Libor floating loans. The first and obvious outcome of lower Libor is the reduced borrowing cost. Whilst average 3-month LIBOR rates were 0.69%, 0.74% and 0.95% during the 2009, 2016 and 2020 (to date) recessions respectively, the 3-month LIBOR rate in July closed at 0.3% and has decreased approximately 6-fold since January (0.25%, as of 17/8). USD Libor loans have a zero lower bound limit which is incorporated by banks in their loan documentation (LMA) language: if Libor is less than zero “it will be deemed to be zero’’. This wording is also included in proposed documentation by the Alternative Reference Rates Committee, who is responsible for the development of Libor’s successor”.

The shipbroker added that “low interest rates have also resulted in increased enquiries from bank clients who want to exploit their interest rate hedging options. Most shipping borrowers have decided not to hedge owing to the consensus that USD interest rates will not increase significantly over the next couple of years. Nevertheless, the number of shipping companies (mainly listed) that have engaged in hedging derivatives remain significant”.

“Under “normal” circumstances, a Cap or a SWAP for protection against an upward movement of interest rates would be the norm. However, nowadays it is essential to provision for negative interest rates. The borrower who hedges should bear in mind that USD Libor can also turn negative. Some banks even “encourage” clients to include a Floor in their SWAPS which will prevent base rates on their loans from dropping below zero. This limits the extent to which their derivatives can fall “out of the money”. Such protection comes at a premium. Indicatively, a 5 year SWAP is priced at 0.37 %, while the cost of a Floor is [10-30] bps. With rates expected to remain close to zero, the SWAP protection premium will continue to rise for as long as there are statements in favour of negative rates such as that of President Trump. However, whether the cost of protecting of a company’s future cash flows through the xyz premium is high or not is also a matter of perception and is reflective of one’s risk profile”, Laios concluded.