In its Energy Outlook for 2019, BP reports that the transport sector will continue to be dominated by oil, despite the increasing penetration of alternative fuels, and particularly electricity and natural gas.

Namely, in the Evolving Transition (ET) scenario, the share of oil within transport falls to around 85% by 2040, down from 94% that it is toady. In fact, natural gas, electricity and biofuels together account for more than half of the increase in energy used in transport, with each providing around 5% of transport demand by 2040. 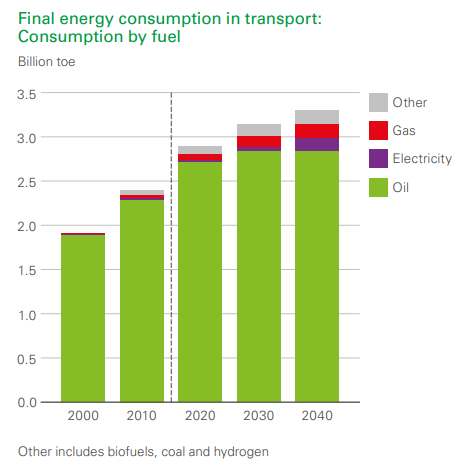 In addition, oil used in transport will rise by 4 Mb/d (220 Mtoe), with most of that demand deriving from increased use in aviation and marine, rather than road transportation.

What is more, electricity and natural gas in transportation increase by broadly similar volumes (120 Mtoe), with the rise in use of electricity concentrated in passenger cars and light trucks; and the increasing demand for natural gas largely within long-distance road haulage and marine. 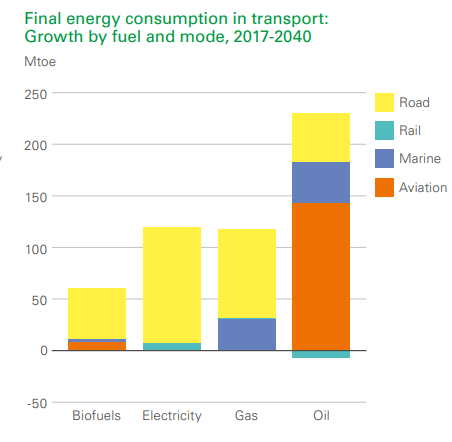 However, an alternative ‘Lower-carbon transport’ scenario considers the scope for greater fuel switching, as well as faster efficiency gains. This scenario includes a large number of measures designed to reduce carbon emissions in the transport sector, including: