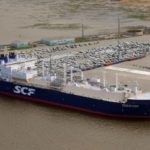 The LNG tanker market is expected to ride the existing “wave” of increased demand throughout the second half of the year. In its latest weekly report, shipbroker Intermodal said that “amid Europe’s effort to cut its dependence on Russian gas, LNG has currently become the most geopolitically important fuel. As of July 27th, Gazprom shipments on the Nord Stream pipeline flow to 20% of its capacity, plummeting to 33cbm. TTF Forward 1 Month price has been rallying, following Gazprom’s announcement, to reach €208.5/MWh on August 2nd, +126% m-o-m, +493% y-o-y. Meanwhile, Germany’s power prices have soared to €370/MWh, while a year before they were trading below the €60/MWh benchmark, marking a surprising 617% y-o-y increase”.

According to Intermodal’s Research Analyst, Ms. Chara Georgousi, “increasing prices translate to mounting pressure on the EU to seek alternative power supplies, to keep the industry operating during the upcoming winter. Failing that and in case of an emergency, EU leaders have agreed on a mandatory 15% cut in gas consumption. Apart from the EU’s current main suppliers, namely the US (accounting for 47% of EU imports during 1H22), and Qatar (accounting for 15% of EU imports during 1H22), some minor suppliers are expected to increase their exports to the EU, thus diversifying the bloc’s alternative LNG sources. 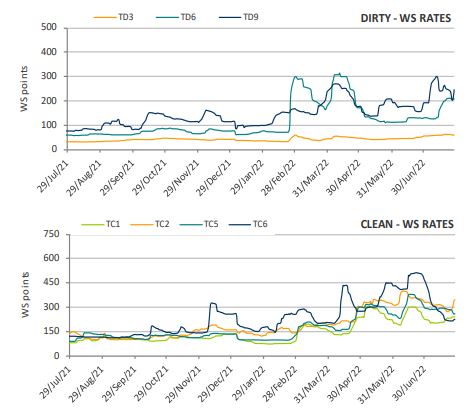 With the anticipation that the Trans Niger pipeline will reopen after August ’22, the EU will be able to increase its imports from the country. The pipeline, which is currently shut due to the country’s ongoing issues with thefts and vandalism, is expected to double exports to the EU. EU now sources 14% of its natural gas from the country. Meanwhile, on July 11th, the EU signed a new deal with Azerbaijan, amid fears of a possible complete natural gas cut-off from Russia. The country, which supplied 8.1bn cbm to the EU in 2021, is expected to deliver approximately 12bn cbm in 2022 via the Trans Adriatic Pipeline, while the deal implies that by 2027 the country will deliver a minimum of 20bn cbm per year”. 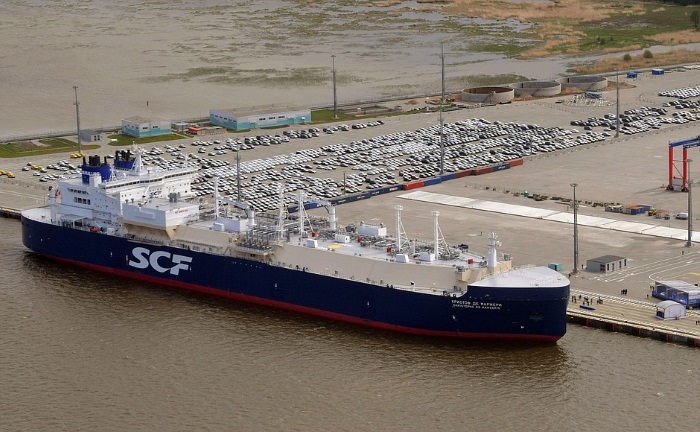 Ms. Georgousi added that “on July 25th, the EU’s gas storage was approximately 67% of the capacity, which is in line with the 5-yr average of gas storage for this time of the year. However, on a research note, on August 1st, BofA highlighted that the EU’s gas stockpiles for the winter are likely to prove insufficient, while it estimated that gas prices will soar even higher. Concerns about a possible recession in the EU and how the energy prices will impact the EU economy are mounting, adding further pressure to the Euro, which has plummeted to $1.02 at the time of writing. A potential halt of Russian gas supplies to the EU could result in a GDP reduction of up to 1.5% amid a cold winter and the bloc’s failure to save energy”.

She also noted that “under the current circumstances, with soaring natural gas and energy prices within the EU area, chances are that the upcoming winter will push supply/demand balance to its limits posing threats to the operation of the industry. Up to 17% of industrial demand for natural gas could be destroyed during the winter, while many companies might need to completely halt their facilities”, Ms. Georgousi concluded.