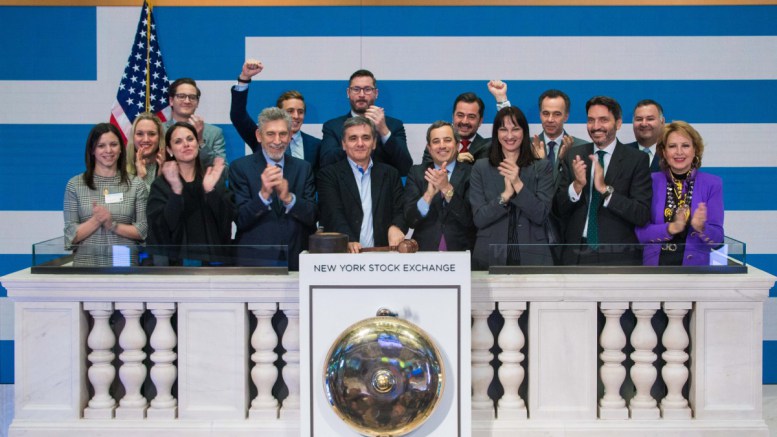 Within the context of the 19th Annual Capital Link Invest in Greece Forum the New York Stock Exchange in cooperation with Capital Link organized a special ceremony in honor of Greece entitled “Greek Day at NYSE”.

The New York Stock Exchange (NYSE) flew the Greek flag on Wall Street and issued special commemorative medals to honor the members of the Greek Delegation.

This year’s “Greek Day at NYSE” featured Greek Government Officials and executives representing companies listed in the US stock markets as well as companies that participated at the 19th Annual Capital Link Invest in Greece Forum, which held in great success the previous day.

The active support and participation of NYSE, the world’s largest stock exchange, enhances the prestige and the visibility of the Forum and of Greece to a wide international investment audience. It also shows the stable support to Greece, the Greek companies, the Greek shipping industry and the Diaspora.

The Securities and Exchange Commission of the United States of America is a major source of capital for the growing number of Greek interest companies and the NYSE plays playing a leading role in this.