Chevron: Methanol as bunker fuel and other marine lubricants

Chevron released a white paper called “Methanol and marine lubricants in a lower sulphur, lower emissions future”, in which it outlines the benefits that the use of methanol and newer marine fuels can have, compared to oil-based fuels.
According to Chevron, ships can not any longer use just one fuel and one cylinder lubrication oil. 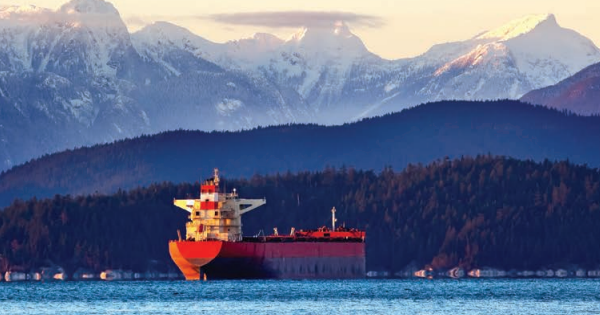 The new, stricter environmental regulations mean that ship engines today witness a far more complex range of operating conditions than ever before.

Many vessels that are using these alternative fuels are dual-fueled, meaning that they have engines able to run either on a higher sulphur conventional fuel or on a virtually zero sulphur content alternative fuel, resulting in more extreme operating conditions within the engine.

Methanol as a marine fuel is a relatively new idea.

“Methanol is a clean-burning, cost-effective marine fuel, that meets the shipping industry’s increasingly stringent emissions regulations,” says Jason Chesko, Senior Manager, Global Market Development, Methanex.
Methanol is one of the top five chemical commodities shipped around the world each year, and  it can be found in many of the world’s seaports. Moreover, its use as a marine fuel is not subject to the same availability and infrastructure concerns surrounding the viability of some other alternative marine fuels.

As far as methanol bunkering is concerned, there is no incremental cost or complexity. Any methanol to be used as fuel is separated from the cargo and diverted to the slop tank, which is used as the fuel tank. This is then recorded in the oil record book as fuel, separate from the cargo record book. This methanol will then always be a fuel and cannot be sold as a cargo.

Finally, the white paper notes that the analysis of unburned cylinder oil that has passed through the combustion chamber and passed the pistons and liners in the main engine is an effective way to monitor engine wear.

“It is recommended by all major OEMs today, and helps operators with a range of optimization requirements, such as guarding against excessive cylinder oil consumption and optimizing cylinder lubrication at different engine operating modes. Monitoring of used oil samples reduces costs for operators, by allowing preventative measures to be taken to protect valuable assets,” and minimizing engine down time, Chevron mentions.